These images were submitted by Reese Patterson, who found them in the Fort Pike State Park collection at the Louisiana State Archives. He used the beacon photos from the 1940s in conjunction with Google Satellite imagery to pinpoint the location of the beacon foundation at N 30.166530° W 89.737625°.

Interestingly, the beacon’s foundation also serves as the setting for a reference mark disk, PIKE RM 3 (NGS PID BH1160). According to the reference mark’s datasheet, the beacon’s designation was NEW ORLEANS—ATLANTA AIRWAY BEACON NO. 2. It was still standing in 1954, but by 1963 it had been destroyed. The page for this reference mark on Geocaching.com (BH1160) shows close-up photos of the disk, although as of this date, no geocachers’ photographs show much of the area surrounding the platform.


The following three images were taken after the beacon’s removal, but they show the area in fine detail. 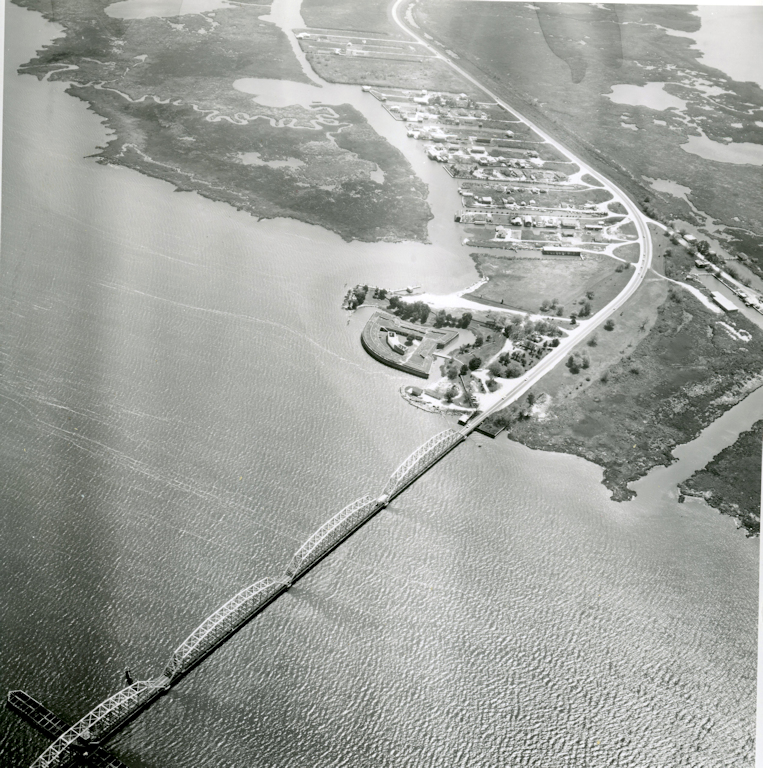 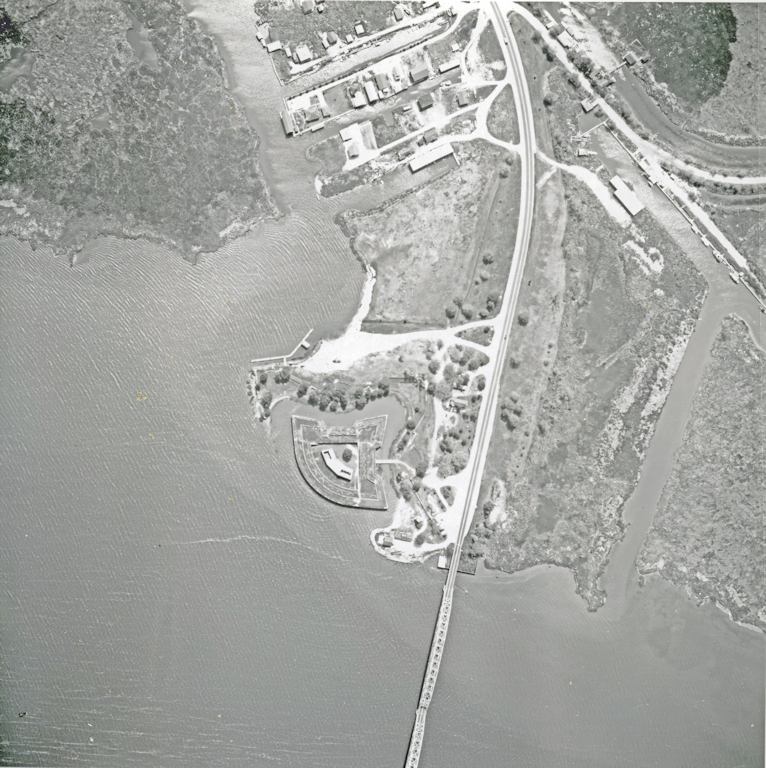 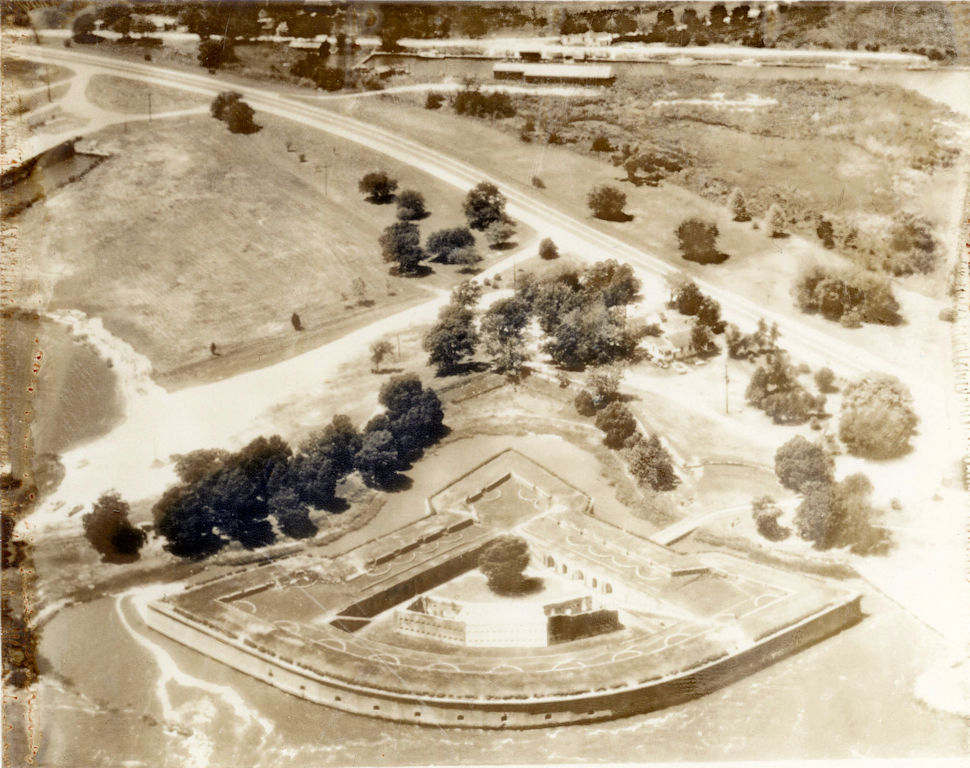